The ultimate video industry overview – Pt. 3 What the future holds for VR and immersive technology

In part one of this series, we looked at the history of video and its relevance to the rise of social media.

Part two covered the impact of video on marketing and business today.

In this final article, we take a brief look at the future of video – the new VR technology that is shaping its development as well as an introduction to where you as a consumer are most likely to experience VR in the next few years.

Virtual reality (VR) has been around for a few years now and is most well-known for its uses in gaming – everything from first-person adventures to flight simulators.

But it has developed far beyond that and is being applied to many different real-world experiences that are changing (again) the way that we interact with visual media.

As this new world continues to expand before our eyes – literally – the demand for virtual video is increasing exponentially.

It’s an old cliche, but we are now on the threshold of virtual reality’s uses being limited only by our imaginations.

With little extra hardware required to view it, we will see the introduction of VR into our lives with increasing regularity.

We have already looked at some of the ways that VR is being used (10 ways VR can be used), but where are the real-world developments in the next few years that you are most likely to experience?

It is important to note that although the hardware (headset) costs are now low, creating and developing the visual content can still be a barrier to many (although Splento, along with others) is on target to remove this price barrier).

Given that use of VR technology requires investment (although increasingly modest) and an expected return on that, it is business that will lead the way in bringing VR to the normal life experience.

So, computer games aside, where are we currently most likely to encounter VR in the near future – and where are the fastest developments likely to appear? 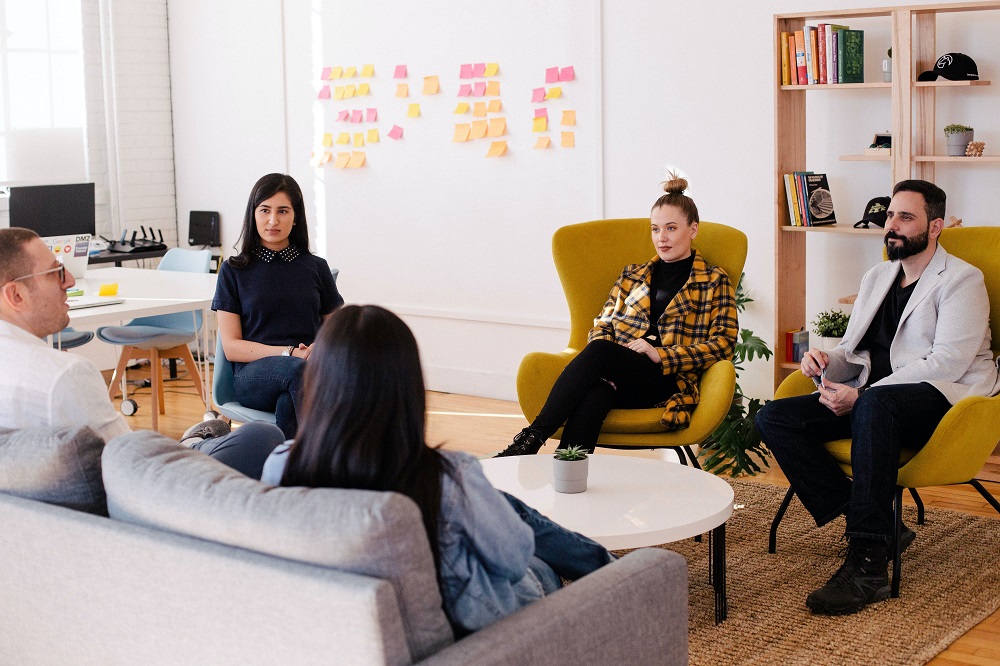 Remote working has already become a reality for many

Many are now used to working remotely, through Google Meet, Zoom and other video chat platforms. VR is the next logical step in this development and is probably one of the first ways many of us will encounter working with the technology in our everyday lives.

Using VR for meetings is not just about making the experience more immersive; one of the most common challenges of video conferencing with more than just two or three people is the limit to the number of screens your computer can display before they become too small. This may sound like a minor irritation; however, visual interaction is an important part of human communication; we understand much through visual cues and micro signals) which are often missed during these two-dimensional meetings.

As a species, we communicate very much through visual signalling – even as we are speaking. VR enables this in a way that audio and even normal video conferencing cannot.

A VR meeting allows attendees to look at the others in a far more ‘normal’ environment and reduces misunderstandings. Think about the times you have received a text from someone and misunderstood the emotion or intent, simply because of the limitations of the messaging service. This is the difference a VR meeting can make from a standard video chat.

Another benefit of a VR meeting is that the speaker is less likely to be interrupted by someone else speaking – another issue with multiple attendees in a video chat. Sitting in a VR meeting, as you do in the real world, you are more likely to look and interact with the person currently speaking and less likely to interrupt them accidentally.

VR as a pain relief tool

The next time you need some serious dental work, you may discover you are introduced to VR.

Dentists have for some time used visual headsets as a distraction during longer treatments, when patients must be in the chair for an hour or more, but this has usually been for entertainment, to keep the patient occupied.

Research now being conducted is exploring the benefits of VR as pain relief in dentistry.

A recent study tested 79 patients, outfitting one-third of them with a VR headset depicting a coastal scene, one-third with a VR cityscape and the remaining third with no VR at all.

Aside from dentistry, doctors are also using VR as a distraction tool in other fields.

Distraction therapy (in the same way as it works for dentistry) is proving to be successful for patients during certain treatments. Physio (physical therapy) is a good example.

Watch this short video which demonstrates how VR is already being used in this field. 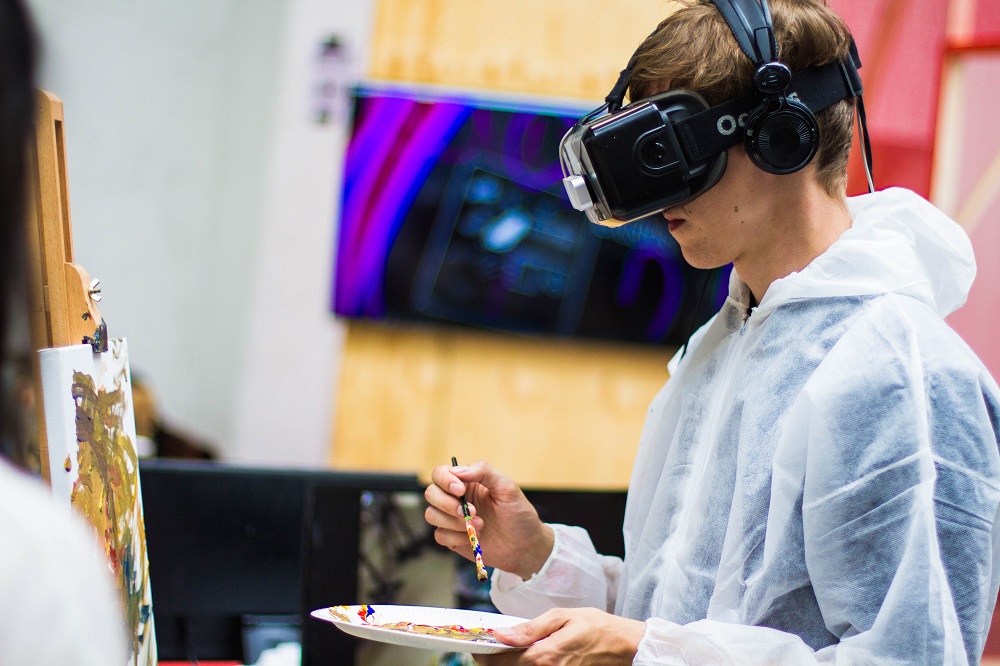 However, perhaps the most likely form that we will see VR develop rapidly in the next few years is through work-based training programs.

The real benefit in VR training is not just in showing more immersive video, but in the feedback opportunities that it creates.

You may already be familiar with computer training tests which use a camera to follow eye movements; this is now being incorporated into VR headsets so that, as you look around the virtual world, the computer can observe where your attention is focussed.

This feedback has many real-world training applications for many business environments, as well as a significant impact on research studies of human behaviours.

Another interesting feature of VR training that has become apparent is that virtual training and testing produces different results to textbook, theoretical training.

VR training and testing, therefore, is not to be dismissed as a modern-day gimmick; used well, it can provide immersive situations that can give employees real-life without exposing them (and potentially others) to danger.

This short video demonstrates this well.

When it comes to selling your home, video is, without a doubt, the future.

Even as we emerge from the worst effects of the 2020 pandemic, in the UK there are large areas of the country under more localised restrictions and it appears that some form of limitation to travel could be with us for another year. This means that, at the same time the property market is starting to boom again, viewings are once more a challenge.

Meanwhile, in the USA and many other larger countries, it is more common to view and purchase a property remotely, simply due to the geographic distances involved.

In both situations, video is starting to play a significantly more important role in initial viewing than it did previously.

Those real estate agencies that wish to continue to do well over now and into the near future are finding they need to adapt to the new circumstances they face.

Video is the answer, and VR immersive walkthroughs are the new normal for the real estate business.

3D visual walkthroughs, such as Matterport are becoming the new standard in home-marketing tools, and this linked to VR is the next logical step.

As a potential buyer, rather than selecting one or two homes to view from a small number of awkwardly angled photographs, imagine being offered a VR walkthrough of as many homes as you wished that met your requirements – however far away they were!

Having had several such experiences, you could then make the decision of which ones were most appropriate to view physically. This is a great selling tool for home marketers, a time saver for buyers, and a great incentive to offer to selling clients to get them to use your agency.

Below is a brief video introducing Matterport – just one such technology that offers a real estate VR experience.

So what comes next?

We have covered a lot of ground over these three articles, but in many ways have only scratched the surface.

What comes next, for you, is the opportunity to explore video, social media, video marketing, VR and how all these can impact and benefit your business.

Splento is happy to help you on this journey of discovery.

We have videographer professionals on hand to discuss, advise or film for you. Contacting us is easy – drop by our contact page and say ‘Hi’ today.

For further examples of just how incredible video can be, take a quick look at our latest video portfolio page where you will find inspiration for your own ideas.

For property videos, and how that market is shaping up, there is more detail available here.

Whatever you do next, in video or any other visual media format, we wish you every success.