In three parts, we are taking a closer look at voice-overs. You can find the others here:

2. How to write great voice-over scripts

A voice-over script can be just as important as the video itself, as it helps set the tone for the video. The script and video should go hand-in-hand and work together to deliver the overall message of the video. So a poorly scripted video can really throw the rest of the video down the drain.

For someone who is used to only making videos, writing a voice-over script that does justice to the video’s quality can be understandably challenging. As a beginner, there are a few tips to keep in mind when writing a voice over script. To help you out, we have put them all together in one place.

Remember to look for our free voice-over script template, which you can download using the link at the end of this article!

1. Have a clear message

Your voice over script should complement the video and endeavour to deliver a clear message to the audience. If you set your objective from the start, your script can be written around this key message so that there is no contradiction between the audio and video. Don’t get distracted by new ideas along the way, as this can clutter the message you are trying to portray. 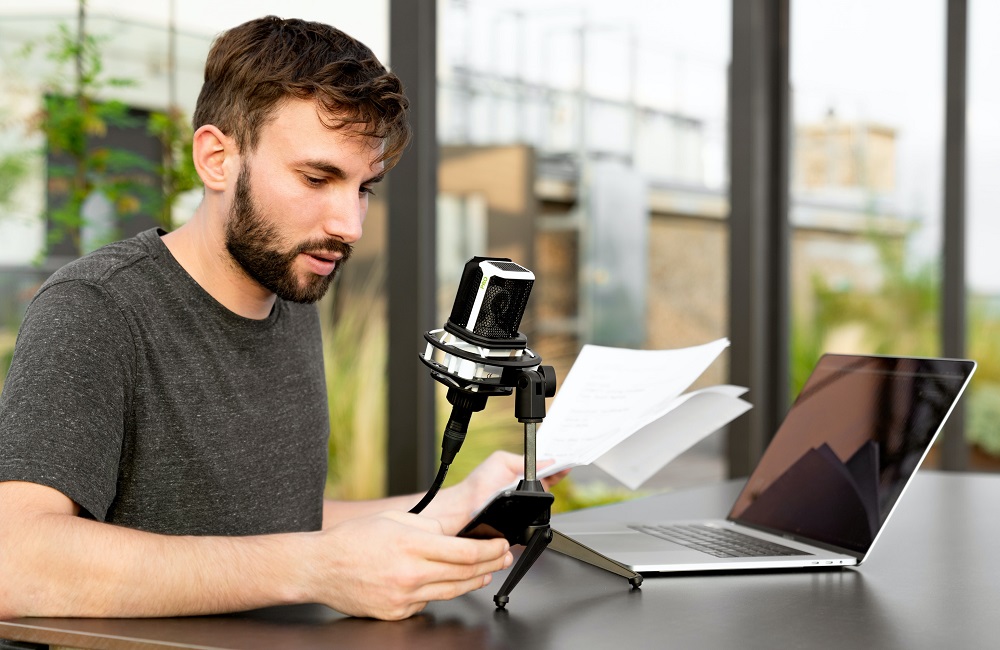 2. Write as you would speak

A voice-over script should sound natural and not as though it has been scripted. The best way to do this is to adopt a conversational style of writing. Write exactly how you’d imagine the voice-over artist delivering a message out loud. A pro tip is to write down numbers in words so that it’s easier for the voice-over artist to say the words how you would.

3. Use the right tone

The tone and language you use in your script should depend on your target audience. The script aimed at teens can be wildly different from that of 40-year-old working professionals. While certain slang can be suitable for the former audience, the later will be lost in these words.

Don’t clutter the voice-over script with too much as this can draw attention away from the video. To keep your audience engaged, all you have to do is convey the relevant information quickly and clearly. Try using a varied pace to keep the audience interested and avoid monotony.

Your voice-over script should be written clearly and coherently so that the voice-over artist can easily read it out loud. As you write the script, read it aloud a couple of times and see if there are any lines that don’t roll off your tongue. The script should sound natural and seamless when read out loud for the video. 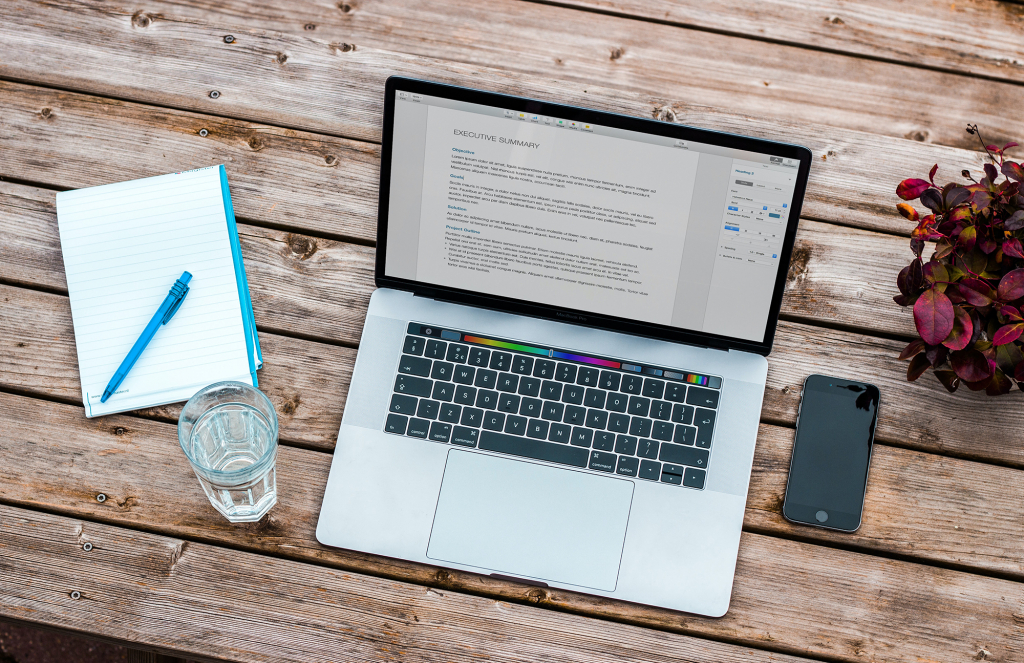 Just as you would use negative space to make a statement in your photography, you can use pauses in your voice-over script to emphasize a matter. The audience needs time to take in what they’re hearing, so a couple of well-timed pauses can go a long way in driving home the message.

7. End with a call to action

If you’re looking to achieve something with your video, you should remind your audience of the specific action you want them to take. Use the end of the video to add a call to action such as call, email or text. This will help keep your message fresh in their minds and persuade them to do something about it. 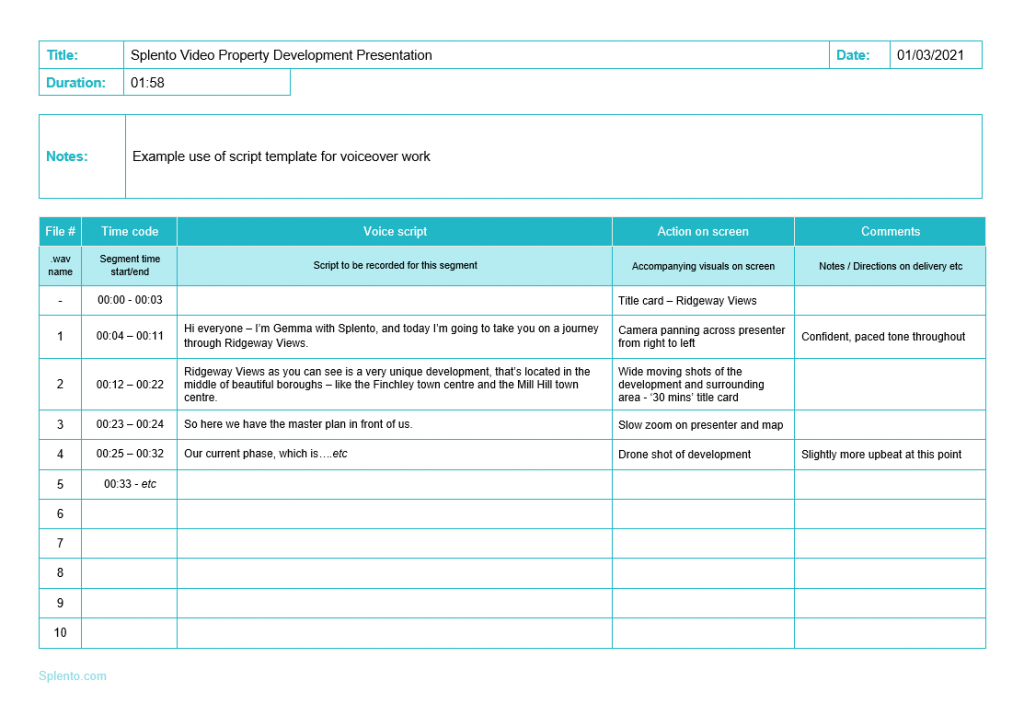 The quality of voice over scripts can be quite important in how the entire video will piece together. The best tip we can offer is to read your script aloud. This often reveals how the message will be represented to the rest of the audience. If it doesn’t sound right to you, it probably won’t to them either.