There are few people who would argue with the statement that London has some of the most amazing filming locations for videographers.

Turn almost any corner and you will be met with a building or backdrop to shoot a scene – some truly iconic, others less known, but each equally notable for their own reasons.

For this list, we’ve gone for the iconic; 10 well-known and recognisable areas that shout ‘London’ in any video. Another time, we will list a set of lesser known but equally impressive London locations for you to seek out and enjoy.

There are a lot more than 10 of course – so picking just a few is always a challenge!

It is important to make a note about permission that is needed for commercial filming in London.

For casual videos (tourism, family shots etc) then there’s no problem – just get on with it and create your splendid mementos.

For any commercial filming, however, specific permission is required from either the local council or even private firms, depending on what you are shooting. This applies as much to public spaces as much as it does private property.

If in doubt, seek out and consult the relevant local authority prior to filming.

For this reason alone, for most commercial videography on London, it is usually better to engage the services of a London videography company. As well as possessing an abundance of local knowledge they will also know who to contact and obtain relevant permissions from prior to filming.

Dating back to the 14th century, Leadenhall is one of London’s oldest markets, and can be found just off Gracechurch Street.

It has an impressively ornate glass roof and cobbled streets. 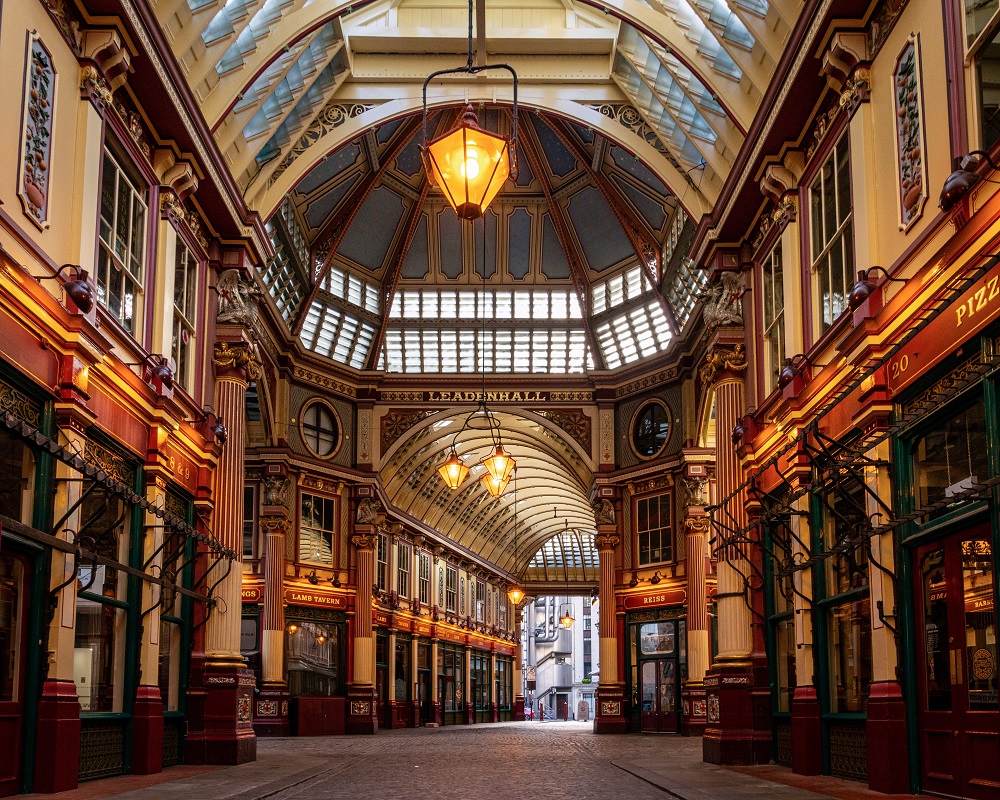 Amazing to view both outside and in, the Royal exchange today houses a number of luxury shops and restaurants & bars.

The current building is around 150 years old, and is situated next to the Bank of England.

Often seen as a location in films and TV series, the London Millenium Footbridge is a pedestrian crossing in the City of London, immediately below St Paul’s Cathedral.

It earned the nickname of the “Wobbly Bridge” after first opening, as it swayed uncomfortably when people crossed it. It has since been stabilised! 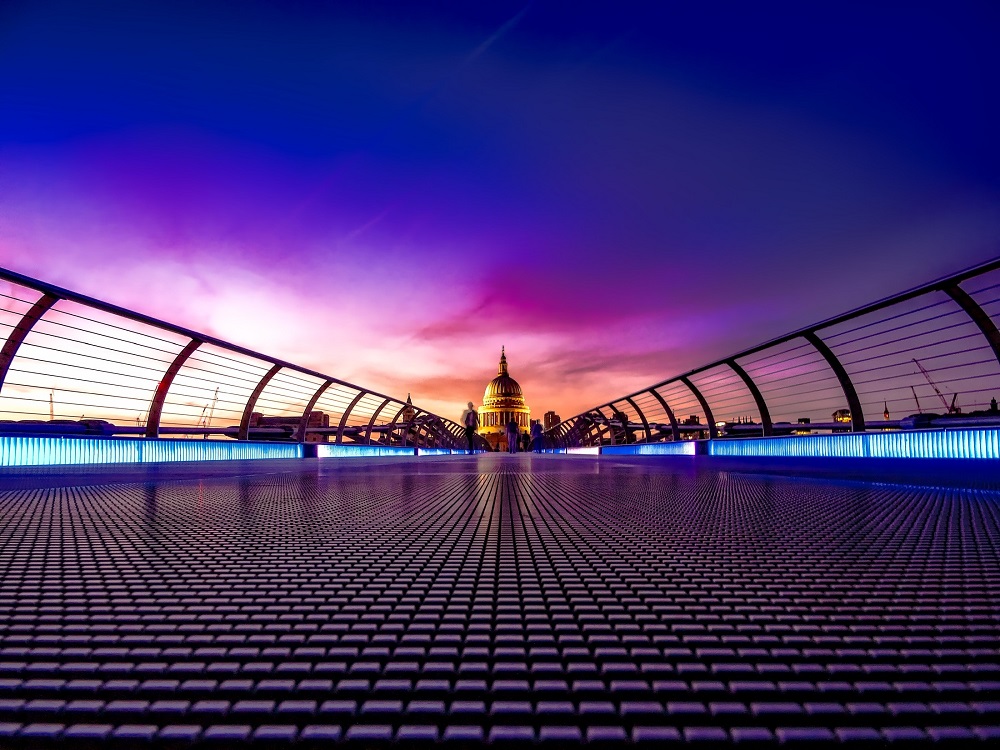 There are many mews dotted around different parts of London – we like the ones around Kensington and Belgravia. Small, sometimes cobbled streets that can be beautifully picturesque. 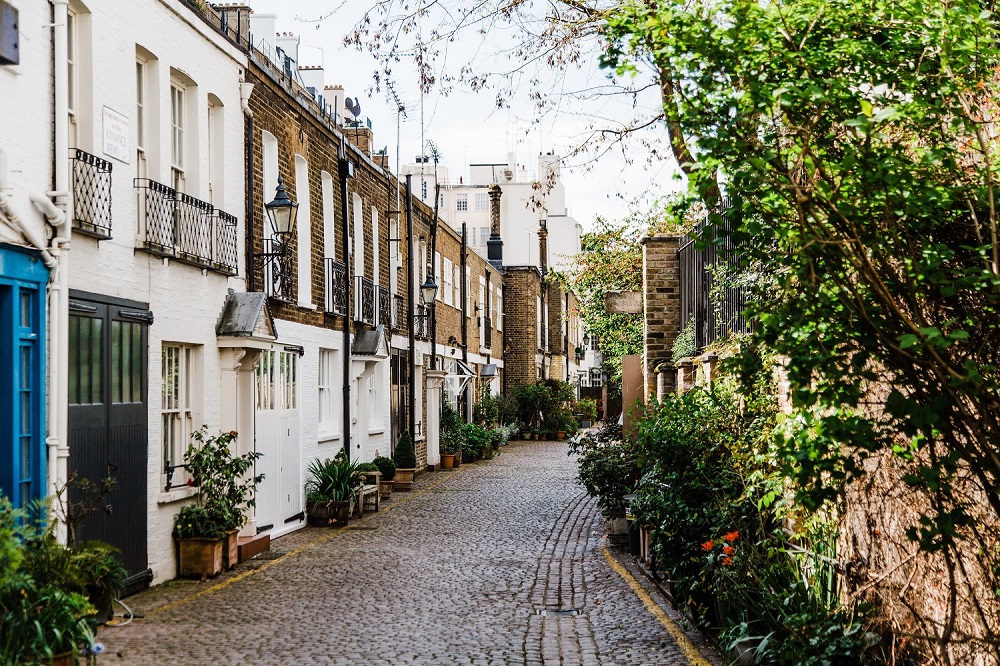 Everyone should visit Borough Market to sample the food! But it’s can also be a great location to film. A bustling food market (always busy) which is largely covered over and is filled with amazing displays of every kind of food you can imagine; many being cooked on the stalls.

What would a list of classic London locations be without including Trafalgar Square? Located at the junction of both the Mall (Buckingham Palace) and Whitehall (leading to Downing Street and Parliament Square) there are few locations in London more central – or iconic. 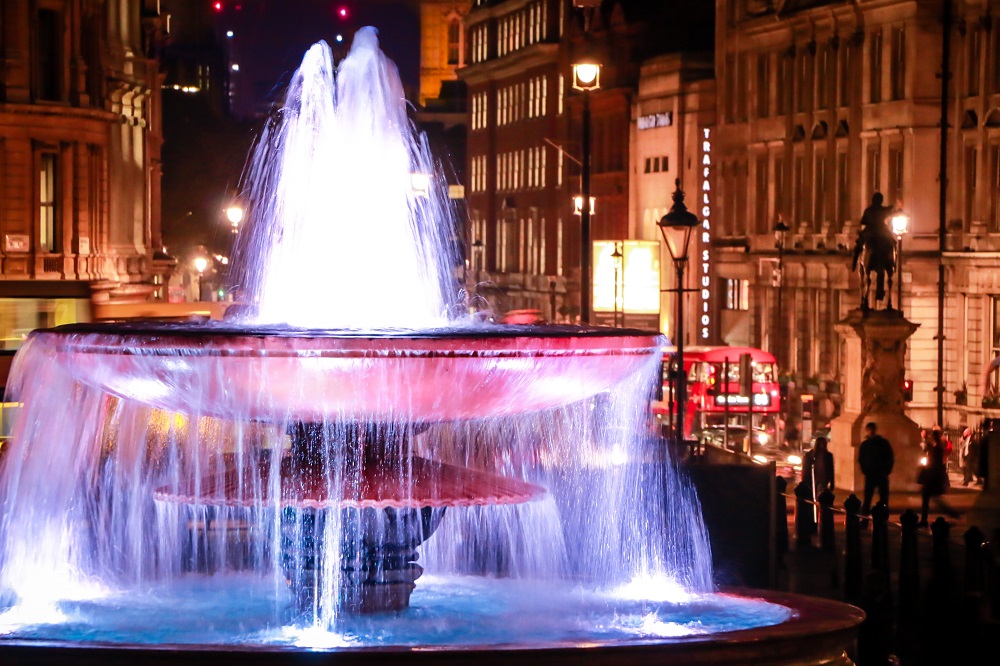 Over towards the east of London, and south of Canary Wharf, lies Greenwich Park, containing the Royal Observatory and a number of other visually impressive buildings. It is also host to one of the starting points of the London Marathon each year. 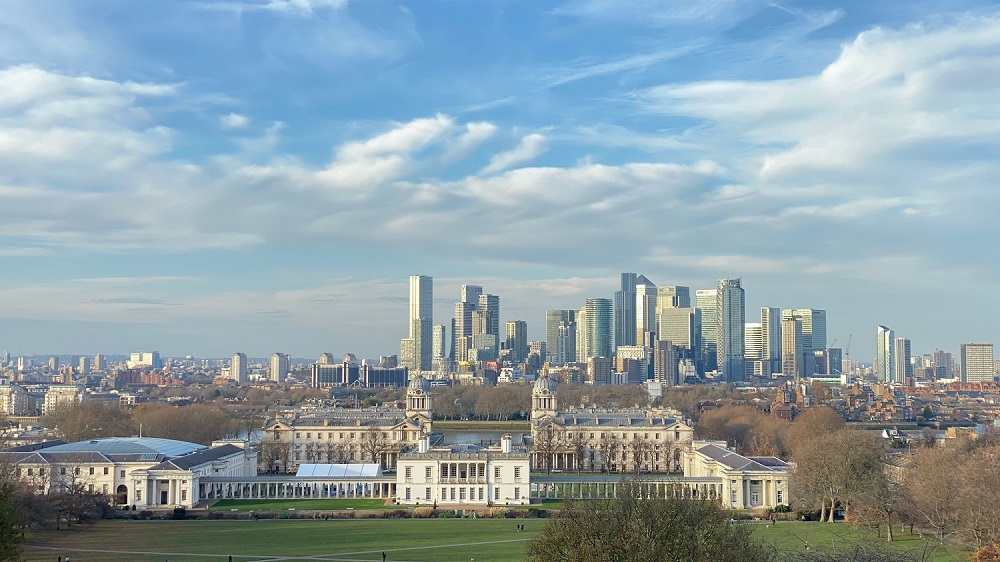 Leading across the Thames to Parliament Square and the Houses of Parliament, Westminster Bridge is dominated by the Elizabeth Tower (housing Big Ben).

The bridge also offers fine view of the London Eye. 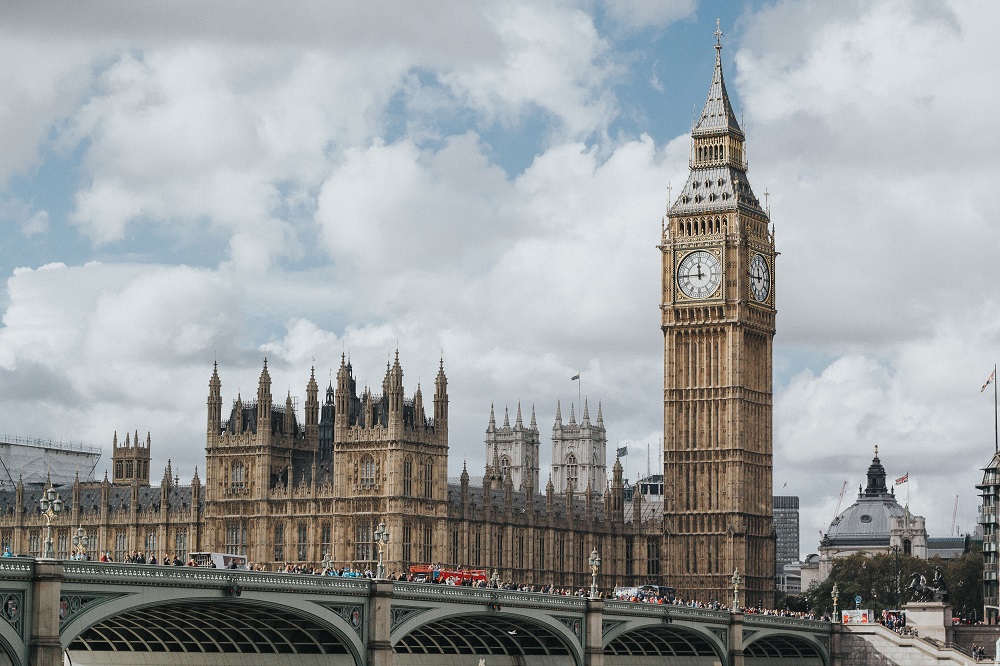 Perhaps London’s most recognisable bridge, Tower bridge straddles the Thames at the east end of the City of London.

If you wish to see the bridge deck raised, then booked times can be found online here.

Formerly a fruit and veg market, Covent Garden is now a very popular tourist, shopping and restaurant destination, as well as the covered walkways, the surrounding buildings also house restaurants, a craft market and the Royal Opera House. There is often live music playing.