Even though we live in a very visual age and every single one of you looks at thousands of pieces of professional visual content daily (most of it created by freelancers, by the way), it would be unfair to say that Visual Content for businesses is like petrol for cars. It isn’t. The correct metaphor is that customers for businesses are what petrol is for cars.

However, Visual Content for businesses is like air in the tires. Even if you don’t have any air in your tires – you can still get from A to B, but it will be that much slower and that much harder!

You may not know it, but much of Airbnb’s early growth has been attributed to their unique approach to the photographs of their listings.

In 2009, when Airbnb wasn’t yet gaining much traction AirBnB founders figured out that their hosts weren’t doing a great job of presenting their listings. People were using phones to take “Craigslist-quality” photos. No surprise then that no one was booking, because no one wanted to rent an ugly looking flat.

Since Splento was not an option in 2009, AirBnB had to go for a slightly pricier and clunkier solution. They rented a $5,000 camera and went door to door, taking professional quality photos of as many New York listings as possible. This led to three times as many bookings and Airbnb’s revenue instantly doubled. Furthermore, this worked not just in London, but also in other cities around the world. 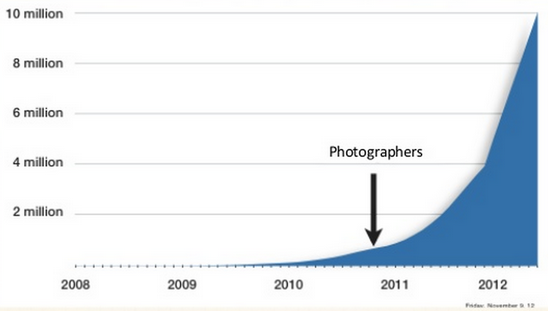 Why isn’t everyone doing it then?

I discuss this issue in more detail here: Beyond the Wall

In brief – because before Splento set off on a path to help businesses sell more with professional photos, hiring a professional photographer was cost-prohibitive, very difficult and time consuming and very unreliable.

Anyone running a platform that connects supply and demand side will say that they don’t have billions in the bank that AirBnB has to hire 2,000 professional photographers worldwide and a team of 100 people to manage them.

But now you don’t have to be a well-funded West Coast startup to get instant access to thousands of carefully vetted professional photographers.

With Splento – whatever you need photographed worldwide, it can now be done in a few clicks at set prices in any corner of the planet and delivered to you within 48 hours.

Whether you run a platform that connects buyers and sellers of properties, cars or antique furniture – by using professional photography you can dramatically increase your revenues.

The same can be said about any service providers, not just platorm. Whether you are a lawyer, a doctor, an accountant.

The easiest way to sell more – is to use “visual fuel” to power your business and of course Splento would be delighted to help.