We’ve all seen pictures of war in textbooks and on the news, and many of us are shocked due to the destruction that we are seeing, but this is what war photography is about.

War photography involves capturing conflict, violence and the effect it has on civilians and scenery. And many photographers will have to put themselves in harm’s way as they record the reality of war, and try to report it back to the rest of us.

What is the purpose of war photography?

When seeing these photos of despair and destruction, we question why does the world constantly find itself fighting in another war? But perhaps this is one of the reasons why war photography is vital, as it teaches all of us we should do better and how society should think twice before entering a war.

History has shown us the importance of war photography, and we can see this through the photos taken, for example, during the Vietnam War. From 1965, many American men were sent to Vietnam to fight in a war without knowing why. All they thought was that they were fighting for a better future for themselves and the next generation. Yet, as we now know, the war wasn’t anything that these soldiers thought it would be. The war photos from Vietnam made many American civilians disgusted with this war due to the horror that the media broadcasted.

The timeline of war photography

Before war photography, paintings showed us what happened during a war. Although the paintings of the Civil War show terror, they never hold the same impact as war photography. The reason for this is because these paintings never conveyed the way that war affects real people.

In 1847, the first photo of war was taken during the Mexican – American war in Saltillo, Mexico. And from then on, we have seen more and more photos showing the truth of war. Finally, society could see the horror on the soldier’s faces and understand the impact of the event on them.

And as time developed, photographers captured clearer photos of war, seeing the violence these soldiers experienced. These photos stopped many from believing that war was a path to hope and peace, and they started to suspect that war might actually simply lead to more violence.

In the past, the public would only see the terror of war on the evening news or in the newspaper. But now it is everywhere, and even though most of us are not in the centre of the war, the photos that show the tears of the civilians, we can’t help but feel this is happening in the town next to us.

Right now, we can see the impact that war has on the people. As the troops leave Afghanistan after two decades of war, for us, it might be the end, but for the civilians, the war continues. We can see this with many Afghans trying to escape or giving their children to soldiers.

Perhaps war photography does one positive thing when it shows the impact of war, and that is bringing many of us wanting to help the people who are trying to escape. War photography may show horror, but as we can see in today’s society, it also brings us all together.

Since the 1990s, war photographers have never been in more danger than the present, and they too can be caught by the violence that is born in the heart of the war.

Here are some tips for aspiring photographers that want to capture the truth about war.

Don’t carry a lot of the equipment

War photographers are on their feet all day long, travelling with the soldiers as they fight. Only carry what is absolutely necessary. Carrying too much can be the worst decision as sometimes photographers will have to escape if they are being ambushed.

It isn’t a game

Photographers who want to photograph war should understand the effects that it can give to them after. They will see death in real life, often close up, which is something that they will never be able to forget.

War photography is to document the reality of war, and photos that have been edited will be doing the opposite of that. The public will end up seeing a lie but believing that it is true. Brian Walski, the photographer, merged two photos of the Iraq War to create a more intriguing picture. He was later fired due to his actions as he was not documenting the truth. 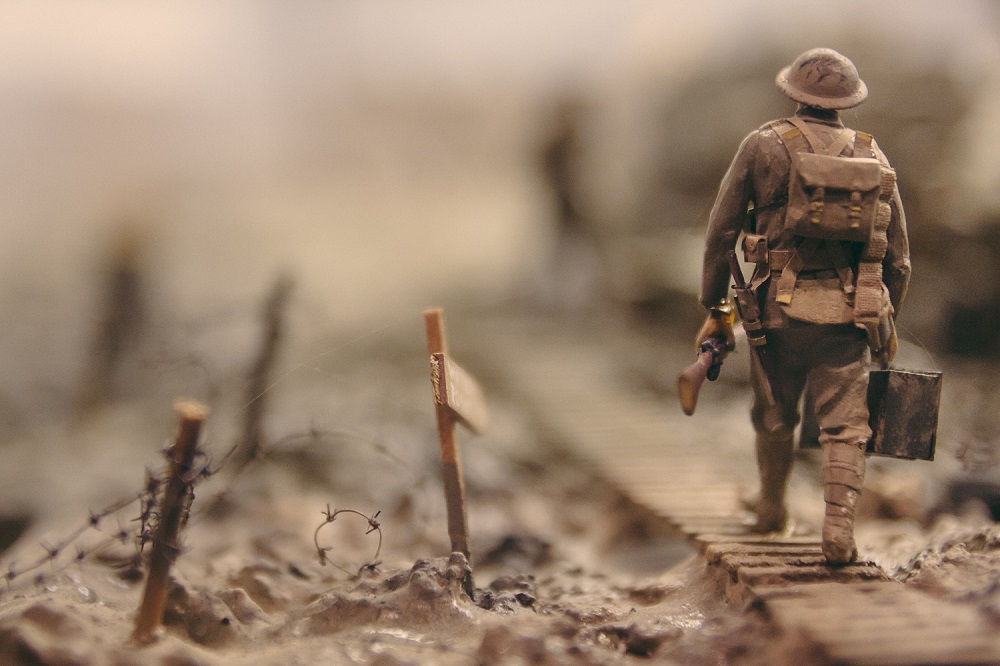 If you are interested to learn more about the life of a war photographer, here are a few documentaries that you should watch.

This documentary is about war photographer James Nachtwey, who is considered by many to be one of the best war photographers. It is over an hour and thirty minutes, and many people enjoyed how intense it is as it shows the truth about this job.

A documentary about the Iraq War told through the eyes of independent journalists. During this hour-long documentary, viewers learn how reporters and photographers lived during the heat of the war.

Following the career of famous war photographer Chris Hondros, this documentary shows the wars that happened after the event of 9/11. It’s an hour and thirty minutes, and viewers will be able to witness what war photographers have to go through.