There is something about wave photography that makes the sea look magical and enchanting. Many of us would love to capture the perfect picture with the waves crashing against the rocks or them swirling into themselves.

Interested in capturing those magical photos of waves? Then here are some tips to improve your water photography techniques.

Before deciding to go to the closest beach possible, do some research on where to catch the best waves – you don’t want to end up wasting your day going to the closest beach where the waves aren’t that great.
We recommend looking more to the west side of England, as it’s known that the North Atlantic ocean is blessed with the best waves – and especially the southwest.
Researching the location is also vital to check on the dangers that could occur. Nature can be dangerous, so make sure you check up on the safest location possible to capture those wonderful waves. And always treat her with respect.

The weather will really affect what kind of picture you will capture, so it’s ideal to keep yourself updated on the forecast. Check the local news to see if it has any information when the waves are at their best.

On top of that, if you want a more mysterious theme to your pictures, then you would want to go on a day where the sky is misty, and the clouds are blocking the sun. Otherwise, if you go on a day when the sky is kissed with bright blue light and the sun glowing all its glory, then the pictures you will take of the waves will give out a different feeling. 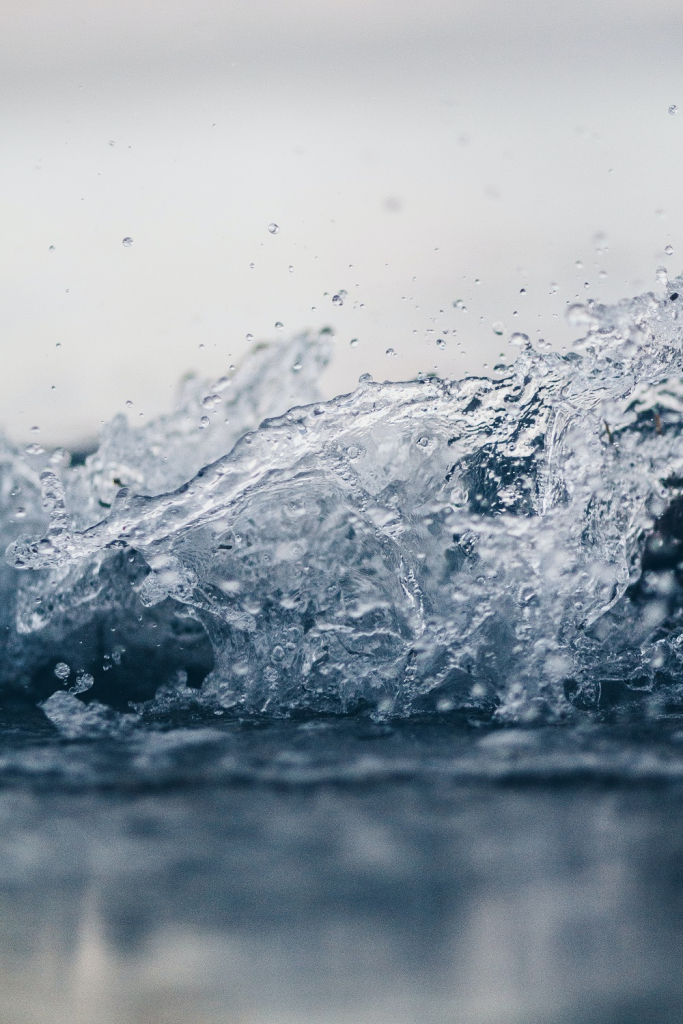 When photographing the waves, many photographers will want to capture the moment when the waves crash over the rocks. But what time would be best for photographing waves breaking over rocks?

Check the tide times in the area you plan to visit. If you want to photograph at a high tide during the golden hour, you will need to plan carefully and have some luck with the weather you want all coming together at one moment. So patience is another attribute you may well need.

When arriving at your location, don’t start setting up straight away. Instead, breathe in the salty air and look around – this is the chance to take everything in and to watch how the wavers curve around. It’s also the opportunity for you to see where it is best to capture these waves. On top of that, start on the land and then after, stand in the water.

We advise you to not stay in one place, otherwise, the pictures that you do capture will most likely look similar to each other. Moving around will result in you being able to capture those wonderful waves as they are about to crash down into the sea.

6. Get to know the locals

When arriving at your location, don’t hesitate to ask the locals some questions. They will most likely know more about the sea as they have been living there for a while. The best locals to ask are most likely the surfers, as they understand the water the most and probably know when it’s safe to be around the sea, as well as the best place to capture different types of waves.

7. Camera settings for the sea

Use a shutter speed of at least 1/250 of a second, as this will freeze the motion of a wave, capturing a magical photo. However, if you want to zoom in closer to capture more detail of a wave, then you will have to use an even faster shutter speed – maybe even as fast as 1/1000 of a second. On top of that, use a small aperture to create a nice depth of field.

Perhaps you want to capture a dramatic look of the waves. If yes, then the perfect time would mostly be when there is a little storm brewing over the sea. Not only do you have to be more careful than before in this type of weather, but your camera settings also have to be set differently.

Set a focal length around f/5.6-8, manually focus it on infinity, use a self-timer, and set it around ten seconds – this should leave the shutter open enough to capture the lightning hitting the waves (if you are lucky). 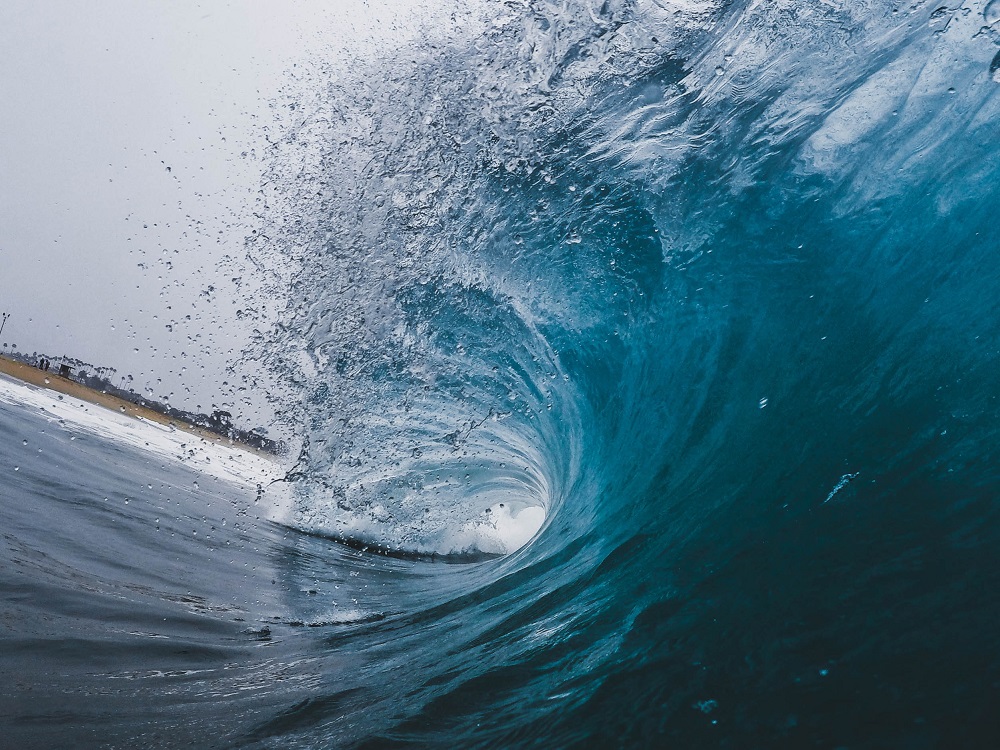 Capturing the beauty of nature is always a fantastic feeling, but it does mean you’ll be on your feet a lot during the day. All you will need during wave photography is a camera, a tripod (to keep everything steady), and probably a remote shutter.

Overloading yourself with too much equipment can affect your day negatively. Not only that, but the sea can damage your equipment, especially if you are situated on something slippery, and your gear ends up in the water.

Therefore, refrain from taking more than you will need.

Experimentation is vital no matter what creative industry you are in, and if you are doing wave photography, you should experiment when capturing the wonderful waves. Don’t stick with one shutter speed, as changing it can have a huge effect on the result, so change it every so often.

Not only that, but don’t just stick on the land – go into the water as well to capture those waves but make sure your camera is waterproofed before doing this. Getting close to the action can result in an abstract photo of the waves. If you do want to do this, maybe invest in some neoprene waders. Wearing these can mean you can stand in the water for hours without freezing up.